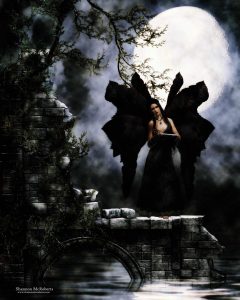 Since March 2020 CASE advisers have seen proliferation of new Welfare Rights problems specifically created by the Covid crisis – in particular the restriction of public services and financial problems caused by the closure of businesses and workplaces.

In addition to the news problems and situations, the need to protect our volunteers has also changed the way we have worked for years. Our Caseworkers currently work from home and give remote WR advice to the public. The public is currently not allowed inside our premises. Giving advice remotely has been harder but our Caseworkers have done an excellent job.

The following is a report we created to let our funders and supporters know about our cases and the work be have been doing.

Clients had their furlough payments delayed without a specific reason; their employers just waited that the money ‘came through’ from HMRC. People suffered with stress as they did not know when they would be paid or even whether they would be paid at all. In some cases furlough payments were unfairly denied, leaving families with no income for weeks.

Self employed people on ‘Income Support’

Workers on furlough and self employed on income support needed help claiming UC or other benefits to top up reduced benefit; and needed advice on how their furlough payments were assessed for their benefits or Tax Credits. Typical enquiries we received from clients on furlough were, for example, if they could have another temporary job and if a claim for UC as ‘jobseekers’ would undermine their right to furlough.

The second lockdown which started in November 2020 has severely undermined many businesses in Brighton and Hove which hoped to get back on track after the first. We have seen people who have been made redundant during the second lockdown, after a long period on furlough.

A large number of EU Workers/self employed persons who lost their work due to the lockdowns could not prove a Rights or Residence to access benefits and denied income – in a period when finding a job was very difficult due to the unprecedented circumstances. We saw clients with no ‘settled status’ and clients who had worked cash in hand for years were denied benefits.

For the safety of their own staff, the DWP have not returned to full activity after the easing of the lockdown and through the second lockdown, so we will continue to see problems caused by a restricted service.

At the beginning of the pandemic anxious PIP claimants refused to attend face to face assessments, preferring to risk their benefits than their health, and were penalised – we will have new similar cases as soon as the assessment centres reopen to the public.

The suspension of physical access to the local jobcentres has penalised people who are unable to use IT to communicate, especially elderly people and people mental or language barriers. Many people also suffer from lack of access to computers at their local Jobcentres or community centres, caused by necessary Covid safety measures.

A particular case was caused by a mixture of Covid-related issues, including lack of access to the Jobcentre as well as Covid-related fraudulent activity online.

PIP claimants have been asked to undergo long telephone assessments, often reviews of existing claims, at a time when the lockdown prevented them from receiving support face to face, despite the fact that they are too anxious to deal with them. Some client have lost their benefits or gave risked to lose them because of this problem.

We have now started seeing cases of Tribunal hearings on the telephone and new problems arising from them.

Other unexpected problems caused by the lockdown

The self isolation itself impacted on people’s ability to get basic necessities, or to make payments towards bills.